Dj Tiesto Has Laughed Off His Recent Boat Crash, Which Wiped Out A Section Of Pal David Guetta's Dock In South Beach, Miami, Revealing He Has Not Been Asked To Repair It. 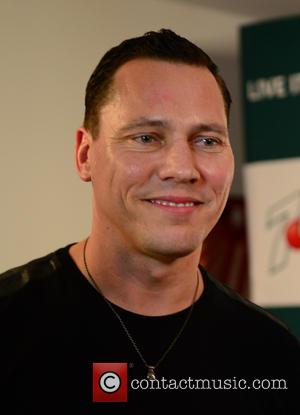 Picture: DJs Tiesto - Tiesto and Martin Garrix attend this year's kick-off event for 7UP 7x7UP Amps Up event in advance of Ultra Music Festival at...

Guetta was left with a hefty repair bill after Tiesto crashed a luxury yacht into the dock at the Titanium hitmaker's Florida home, while attempting to pick his friend up for a party.

The engine stalled as the Dutch star and his companions were floating towards Guetta's home and the driver was unable to stop the yacht from barrelling into the wooden dock, causing an estimated $30,000 (£18,750) of damage.

Video footage of the incident, posted on another friend Martin Garrix's Instagram page, shows Guetta laughing hysterically at his pal, before joining him and Garrix on the yacht.

Frenchman Guetta joked about the crash at the time on social media, stating, "Life is beautiful when friends come say hi!!! Just a little expensive!"

Now Tiesto has addressed the accident, insisting news stories about the damage were overblown.

Asked if he has paid for the repairs to Guetta's dock, Tiesto tells WENN, "That was a fun day in Miami with Martin. I know all the blogs picked it up but it really wasn't a big deal. I'm sure David has fixed it."

Tiesto, who will be performing at the Sunset Music Festival in Tampa, Florida this weekend (23-24May15), also reveals his friendship with Guetta has been blown up too, admitting the superstar DJs are far too busy to hang out and their day on the water was a rare get together.

He adds, "We really don't have time together outside of the big festival shows. Even then maybe it's a few moments. We are always travelling in different directions."