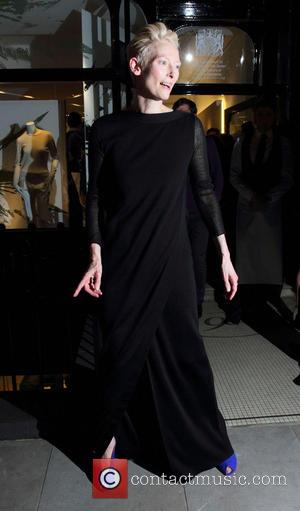 Actress Tilda Swinton has donated more than $2,000 (£1,333) towards the cost of a prominent Russian gay rights activist's funeral.

Following the death of 36-year-old Alexei Davydov from kidney failure last week (ends29Sep13), the Michael Clayton star donated the cash through an online service set up to help fund his burial.

Davydov's fellow lesbian, gay, bisexual, and transgender (Lgbt) campaigner Nikolai Alexeyev has taken to Twitter.com to thank Swinton for her generosity, writing, "Bravo and Huge Thanks to British actress Tilda Swinton for the donation to cover the funerals of our friend and activist Alexey Davydov."

The Oscar winner risked incarceration in July (13) when she took to the streets outside the Moscow Kremlin, home of President Vladimir Putin, and defiantly held a rainbow flag to show her support for gay rights in the country.