Actress Tilda Swinton Is Reportedly In Talks To Take On A Comic Book Role Written For A Man In The Big Screen Adaptation Of Doctor Strange. 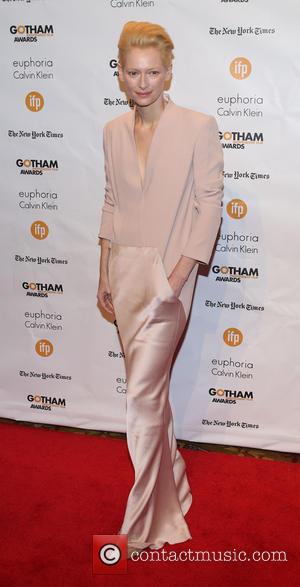 Picture: Tilda Swinton - Photographs of a variety of stars as they arrived at the 24th Annual Gotham Independent Film Awards which were held at Cipriani...

Swinton has emerged as the front runner to portray the Ancient One, opposite fellow Brit Benedict Cumberbatch, according to The Hollywood Reporter.

In the comic book, the Ancient One is a male, Tibetan mystic who trains his students to become sorcerers.

Marvel Studio executives were originally looking to cast a male actor in the role, but decided to twist the part for Swinton, who played a man in 1992 arthouse movie Orlando.

Doctor Strange, which follows the story of a former neurosurgeon who discovers a hidden world of magic and alternate dimensions, will begin shooting in November (15) in the U.K.

It will be directed by The Exorcism of Emily Rose filmmaker Scott Derrickson.