Tim Allen has reportedly signed a contract to work on a new 'Toy Story' instalment, even though Disney is only considering making a new feature movie. 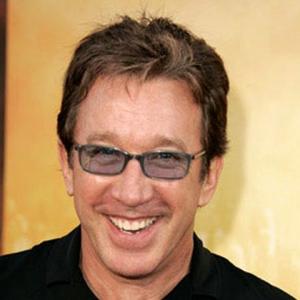 Tim Allen has reportedly signed up for a new 'Toy Story' movie.

The American comedian-and-actor has apparently signed a contract agreeing to voice the part of superhero figure Buzz Lightyear once again, even though Disney are only considering making another instalment of the animated kids movie.

Disney refused to confirm the contract had been signed, but they did reveal plans to work on another 'Toy Story' movie next year, although it is not known whether this will be 'Toy Story 4' or a spin-off film.

A spokesperson said: "We're thrilled with the audience's response to 'Toy Story 3', and fans will be seeing more of the 'Toy Story' characters in a short film next year. At this time, we have nothing to announce regarding another full-length feature."

'Toy Story 3'- the latest movie in the franchise telling the tale of Woody (Tom Hanks) and Buzz Lightyear - has already grossed $552 million at the box office internationally.

Disney shamelessly plays the cute card here, turning what could be a revealing documentary into...