Tim Burton says he might work on a sequel to 1988 movie 'Bettlejuice' if The Script is ''interesting'' and he likes it. 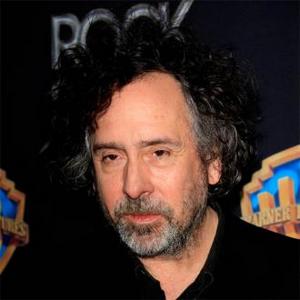 Tim Burton says he might work on a 'Beetlejuice' sequel if The Script is ''interesting''.

The filmmaker helmed the original horror movie - which starred Alec Baldwin and Geena Davis - in 1988 and he has hinted he could return to direct a follow up if Seth Grahame-Smith comes up with a script he likes.

When asked if a 'Beetlejuice' sequel is something he would consider being involved in, Tim replied: ''If it was interesting. Although, I don't know if I would ever know a good script if it bit me in the face. But, I know what I like, so we'll see.

''Seth [Grahame-Smith] is writing something. I just told him, because it was something where I liked the character, he'd probably have a better response. He has ideas about it, so I just wanted to let him respond to it and see what he comes up with.''

Tim remained tight-lipped on the possibility of doing a 'Pinocchio' movie alongside Robert Downey Jr., and the helmer joked that he is ''sick'' of himself already this year because he has three films coming out in 2012, 'Dark Shadows', 'Abraham Lincoln: Vampire Hunter' and 'Frankenweenie'.

He added to Collider.com: ''I'm very busy, aren't I? It's kind of embarrassing that I have three movies [this year]. I'm sick of me, already. We'll let these come out, and then I'll go away and you guys can deal with other people.''