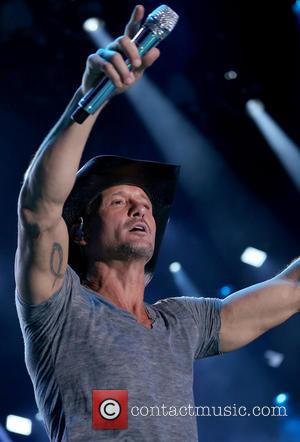 Tim Mcgraw proved talent runs in the family when his daughter showed off her impressive singing skills before his concerts last week (begs04Aug14).

During the intimate gig, MCGraw invited his youngest child up onstage, and, flanked by two acoustic guitarists, she effortlessly sang Dixie Chicks' Travelin' Soldier, much to the delight of the crowd, who cheered on the young singer.

The brief performance went so well that she took the stage again the following night (08Aug14) for the tour stop in Dallas, Texas, and supportive fans have since posted photos and videos and praised Audrey's debut on social media.