Tim Mcgraw are "absolutely not" getting a divorce as rumours surface that their 17 year marriage is over. 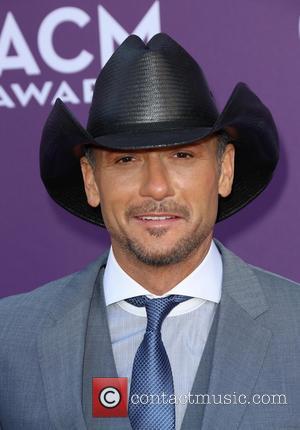 Tim Mcgraw and Faith Hill are not getting a divorce after 17 years of marriage.

The country music power couple have now addressed the rumours to set the record straight.

They were both performing in Las Vegas on Friday night (15th) and as always, finished their set with a loving kiss.

Hill told People magazine, "[Rumors] seem to be running like crazy right now for some reason. It's perplexing."

She added, "I don't know why 'happy' can't be a story," and insisted they are "absolutely not" getting a divorce.

McGraw also put to bed the wrongful rumours as he said, "We've been married 17 years, and since the first week we were married those things were out, we don't even think about it."

The father to their 3 children also revealed they worry that the chatter may affect their family. "The only time we ever think about it is [when we] worry about the kids," he said. "But they've been around it, too, so they laugh it off."

Hill also spoke to Billboard and stated that it's frustrating when rumours about her marriage are spread, "I wish people would stop buying that stuff, and I wish they'd just stop printing that stuff," she said.

The couple have been married since 1996 after meeting on the 'Spontaneous Combustion Tour', they have three children together, daughters, Gracie, 16, Maggie, 15, and Audrey, 12.

A couple touring together, who have lasted for 17 years, just don't sound like they are headed for divorce.