Tim McGraw on Two Lanes of Freedom, 'Truck Yeah' Country and the Future 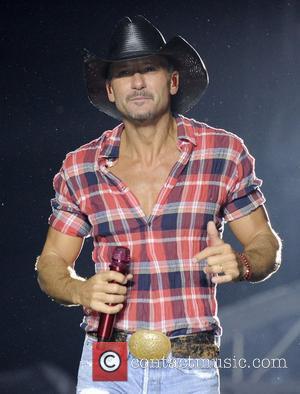 Tim Mcgraw, in the lead up to the release of his latest album Two Lanes of Freedom (released today, Feb. 5th), has spoken about his sobriety and diet plans. While his experiences with his family, with alcohol and with getting sober have certainly informed his new music, speaking to the Washington Post, he has also spoken about recording country music at this later stage of life, now aged 45, and the differences that brings.

The Washington Post pose a question about whether it's possible for country singers to avoid the clichéd topics of country music. In the first single from his latest album, 'Truck Yeah', he returns to all those conventional tropes, it's a "shiny ode to chicks, trucks, chicks in trucks, beer, football and general redneckery" writes the website.

But, part of that cliché is an important effect of the song for McGraw. "'Truck Yeah' for me was very reminiscent of the things I did that sort of broke my career out, stuff like 'Indian Outlaw' or 'I Like It, I Love It,'?" he said. "Just things that were sort of fun."

The album isn't all harking back to a slimmer, shinier youth, more gimmicky youth - rather it's a maturation of style. "I certainly can see and hear and feel elements of what I've done throughout my career, but at the same time it opens the door and looks out to the future of where I'm headed for. It's a pivotal album in my career, and an invitation to the things I'm gonna do."

With 12 albums under his belt (plus numerous compilation albums - which include four 'greatest hits' releases), fans may have been worried that this could have been his swansong, but luckily, no! That invitation is an invitation for his fans to look forward to future work. For now though, enjoy Two Lanes of Freedom.

Check Tim out here, behind the scenes of the video for 'Truck Yeah'.