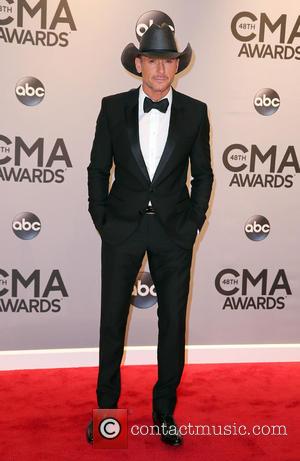 Picture: Tim McGraw - Shots of a variety of stars as they took to the red carpet for the 48th Annual Country Music Association Awards which...

Country star Tim Mcgraw has been slapped with a lawsuit over a car accident involving his teenage daughter in North Carolina last year (13).

The singer was a passenger in his Land Rover on 4 December, 2013, when now-17-year-old Gracie, who had been behind the wheel of the Suv (sports utility vehicle), collided with a Honda Civic belonging to plaintiffs Alan and Sharon Osborne.

The Osbornes claim the teen was at fault and have named both MCGraws in legal papers filed in Davidson County Court last week (ends14Nov14).