KEANE star Tim Rice-oxley has accused The Libertines of lying about their "rough background" to improve their rock and roll image.

The BEDSHAPED pianist and his bandmate Tom Chaplin went drinking with Libertines stars Carl Barat and Gary Powell and were shocked by their polite and sophisticated demeanour.

And Rice-Oxley is still furious about the troubled band's dishonesty, and insists fans respect Keane because unlike The Libertines, they are honest enough to admit they're from a white, middle-class background.

He fumes, " I think we show more guts and honesty by being ourselves. One in ten bands you meet are probably middle class kids who got into music for the same reasons we did. Some people lie and say they grew up on a rough estate when they didn't.

"And the white, middle-class media buys it. A band like The Libertines are no rougher in terms of background than we are."

"Me and Tom went out in Japan with Carl and Gary from The Libertines. People who read the music press wouldn't believe that could be true. But it is. They're very nice people who weren't smoking crack." 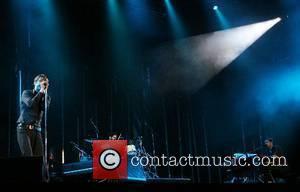