Ahead of the British release of 'The Hateful Eight', Tim Roth spoke to us at the European premiere about working with Quentin Tarantino once again.

Ahead of the widespread theatrical release of Quentin Tarantino’s latest movie The Hateful Eight in British cinemas in the new year, one of the film’s stars, Tim Roth, spoke to us at its European premiere earlier this month.

Roth starred in both of Tarantino’s first two major films, Reservoir Dogs (1992) and Pulp Fiction (1994), which are both arguably still most people’s favourites among all of his films. The Hateful Eight therefore sees Roth work with the great director for the first time in over two decades, and we asked him what the differences were in Tarantino’s work then and now. “Well, the first one’s special [Reservoir Dogs], because it was his ‘first day at the races’. I’d always felt that he’d made a lot of films but he hadn’t gotten to physically make them yet,” Roth said referring to Tarantino’s work as a scriptwriter.”

“He came at it with a very practised eye and incredible enthusiasm, and now I feel that the man is the same but the knowledge he’s absorbed (and he’s a sponge on that stuff) is vast. So he now has the equipment and the toys to play with and he’s honed it. But at the beginning it was rough and ready, and we knocked it out in five weeks. But this was five months.”

More: Tim Roth “hated” playing Sepp Blatter in FIFA movie; did it for the money

Billed as a ‘winter western’, The Hateful Eight looks to be an entertaining mixture of thriller, drama, comedy and murder mystery. Tarantino himself said that it “ticks all those boxes” in a separate interview with us as the same event, and Roth was also asked how he would describe the new movie to audiences – without giving too much away.

“There is a nod to Reservoir Dogs, which is wonderful. It’s a whodunit as much as it is a political comedy… it’s a quite extraordinary thing, I think it’s astounding. And I do think, to be honest with you, although he [Quentin] would tell me to choose Reservoir Dogs, I think it’s his best film.”

The Hateful Eight is released in the UK on January 8th, with a widespread release in the United States on January 1st. 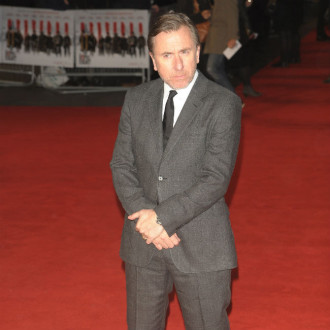