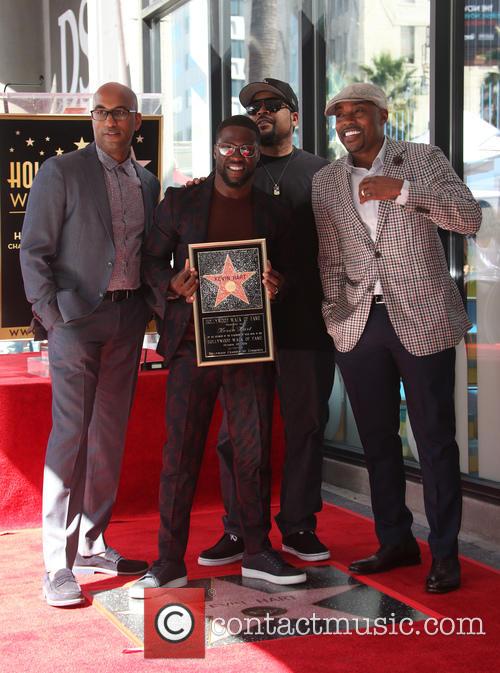 Did anyone not see this happening?

Little is certain in the world of film; projects get canned, delayed and turn out to be rubbish despite everyone’s best intentions, but there can be one thing you can be sure of: if a film surpasses its box office expectations, there’ll be a second one, and probably a third one. Enter, Ride Along 2. Kevin Hart will be back for Ride Alone 2

The big-grossing comedy movie has been greenlighted for a sequel, Deadline – as always – report. We’ll see the whole gang return if things go to plan. Tim Story will direct and Ice Cube and Kevin Hart are to reprise their roles as the goofy security guard (Hart) who has designs on his Cube’s sister.

Kevin Hart first came to our attention when Judd Apatow cast him in the sitcom 'Undeclared' which, although it was shortlived, led to numerous other hilarious roles in subsequent comedy movies such as 'Scary Movie 3', 'Along Came Polly' and 'Soul Plane'. Later though, he began to make regular appearances in theatres and arenas everywhere as a stand-up comic, with his 2011 tour 'Laugh At My Pain' becoming one of the biggest selling tours of the year. He now details his comedy journey throughout his 2012 'Let Me Explain' worldwide tour, revealing his inspiration and his outlooks as he prepares to perform a major sold-out show at New York's 18,200 capacity venue Madison Square Garden. Not only that, but this telling documentary reveals travels across 10 countries and 80 cities, meeting and greeting fans as he gets to grips with global culture. Kevin Hart first came to our attention when Judd Apatow cast him in the sitcom...