Timbaland Is Done With Hip-hop 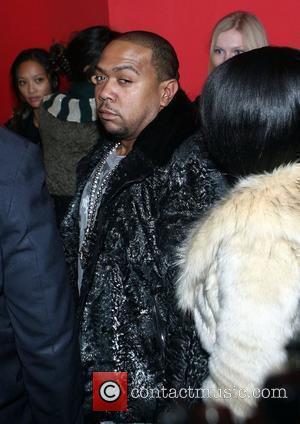 Superproducer Timbaland has turned his back on hip-hop for good - insisting the genre is "just not the same" as when he started out.
The Grammy-winning beatmaker began his career working for hip-hop superstars Ginuwine and Missy Elliott, but has moved away from his roots to focus on more pop-sounding tracks.
And after working with Justin Timberlake, Nelly Furtado and the Pussycat Dolls, the star believes he's found his niche - insisting there are only a few of his hip-hop contemporaries who are still relevant.
He tells MTV.com, "I was done with hip-hop a long time ago. Once my generation left, I left. I do it, but there's nobody from my generation besides Jay-Z who's doing it. I look at Lil Wayne as being from my generation. Some people are still acceptable. Kanye (West) is acceptable from my generation. It's just not the same. By it not being the same, I kind of fade to black. I did music that fits where I was going to in my age bracket.
"I figured it out a couple of years ago with Nelly (Furtado) and Justin (Timberlake) and myself. We had a tremendous run. I think it was good for me to do that. But I got this run, I'm not gonna stop until I wanna stop."