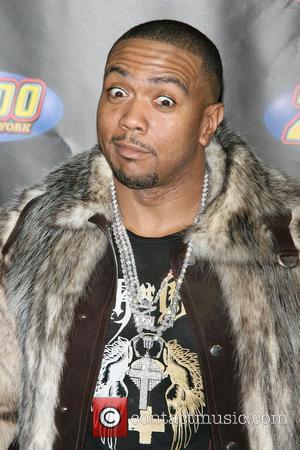 Superproducer Timbaland has been inspired to challenge rap rival Dr Dre to a chart battle after the showdown between 50 Cent and Kanye West. The hip-hop star, 36, believes a chart battle with his friend would drive people to the music stores. He tells MTV, "I gotta go against my daddy. I call (Dr.) Dre my daddy. To make it be some talk, I gotta go against my big brother. He's my big brother. Dre is my mentor. That would be big. "I asked Jay-Z who he would go against. He said, 'The only person I would go against is my other homeboy: my friend Eminem.'" West's new release Graduation beat 50 Cent's Curtis to the top of the album charts after both discs were released on the same day.