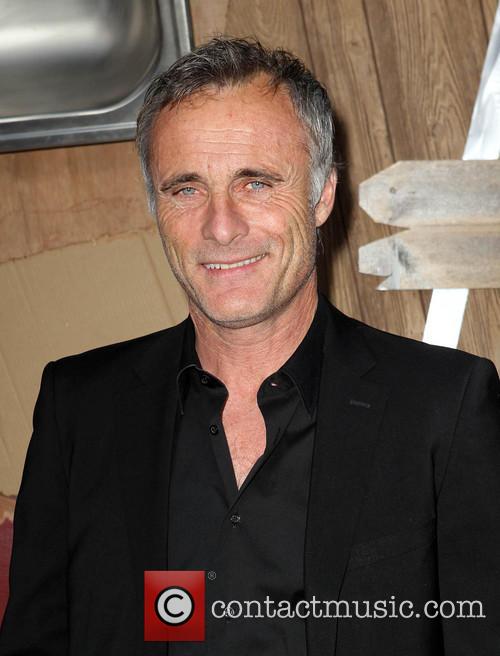 John Reid is a Texas ranger; law-abiding and glad to ride alongside his brother, following in his father's footsteps. However, enforcing the law is the last thing on his mind when his brother is killed in an ambush. When he wakes after the attack, injured, he is confronted by Tonto; a strange Native American spirit warrior who wishes to team up with him and seek justice. Reid must abandon the law, and fight the real crime in the town and so he dons his mask and dubs himself Lone Ranger and with Tonto, vows to protect the people from the impending insidious threat.

Here is the Walt Disney Pictures adaption of the 50s Western TV show 'The Lone Ranger' that first gained public attention as a radio show in the 30s. It's an amusing and truly stunning take on the story featuring an all-star cast with direction from the Oscar winning Gore Verbinski ('Pirates of the Caribbean', 'Rango', 'The Ring', 'Mousetrap'). The screenwriting group includes Oscar nominees Ted Elliott and Terry Rossio ('The Mask of Zorro', 'Pirates of the Caribbean', 'Shrek') as well as Justin Haythe ('The Clearing', 'Revolutionary Road'). The movie is set for release in UK cinemas everywhere from August 9th 2013.

John Reid bears the alias of the Lone Ranger and uses his title and his mask to fight for justice and maintain the law. He's Texas born, never removes his disguise and fights for peace in his troubled town with his Native American friend Tonto who is a spirit warrior with a personality a mile away from that of the Ranger but they still remain loyal companions on their journey to eliminate crime in their quiet town.

It started out as a thirties radio show before becoming a hit TV series in the fifties, and now it has been adapted by Walt Disney Pictures for the silver screen. 'The Lone Ranger' is an exciting contemporary version of this much-loved tale with high-energy action and much in the way of humour. It's a wonderful take on the famous partnership that is masked hero Tonto and his faithful 'kemosabe'. Oscar winning movie genius Gore Verbinski returned to Walt Disney to work on the movie with Hollywood superstar Johnny Depp in his wake having previously worked on the film company's epic film series 'Pirates of the Caribbean'. The screenwriters include the writers of masked crusader 'The Mask of Zorro' Ted Elliott and Terry Rossio, with Justin Haythe ('The Clearing', 'Revolutionary Road'). It is set to hit cinemas across the UK on August 9th 2013.

John Reid is the Lone Ranger; a law-abiding man of justice from Texas who resolutely wears his mask and disguise at all times and vows to fight crime and keep the peace in his town. Battling alongside him is his trusted Native American companion Tonto, a painted spirit warrior and the complete opposite of Reid but, nonetheless, they make the perfect crime-fighting duo as they set out to conquer the theft and corruption that threaten the harmony of the people.

'The Lone Ranger' is the Walt Disney Pictures adaption of the legendary Western tales that started out on the radio in the 1930s before hitting TV screens in the 50s. It's a stunning modern take on the stories combining serious action with hilarity, with wonderful character development and the heart-warming partnership of Tonto and his 'kemosabe'. It was only right that Oscar winning big budget director Gore Verbinski returned to Walt Disney to work on the movie, having previously worked on Disney's popular film series 'Pirates of the Caribbean'. The screenwriters included those who wrote the modern story of another masked hero on 'The Mask of Zorro' Ted Elliott and Terry Rossio, along with Justin Haythe ('The Clearing', 'Revolutionary Road'). The movie will hit cinemas in the UK on August 9th 2013.