Tina Fey Confirms She Is Not Hosting The Oscars Next Year

Tina Fey will not helm the Oscars in 2014, despite overwhelming public support. 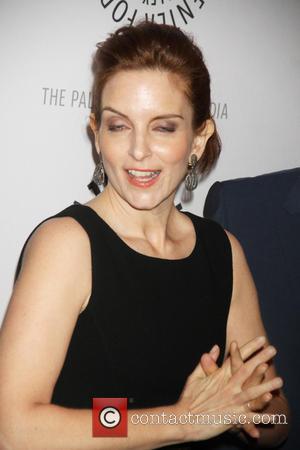 Tina Fey has reaffirmed that she is not up for hosting the 2014 Oscars ceremony on 'The Late Show with David Letterman' after William Shatner made the suggestion on the televised awards show.

The comedienne told Letterman that she had a 'sweatpants mandatory Oscars party' but admitted that while she enjoyed watching it, she wasn't willing to host the show at any point despite having hosted the Golden Globes ceremony earlier this year with her 'Mean Girls' and 'Baby Mama' co-star Amy Poehler. 'I'll tell you what - for a woman, just the amount of dresses that you would have to try on. It's a dealbreaker. I'm out', she told Letterman, reiterating what she first told Huffington Post in an interview after the ceremony.

Asked how she felt about William Shatner's comment that she and Amy should 'host everything', she told the publication 'It's an honor to be 'Shatnered' before explaining, 'I just feel like that gig is so hard. Especially for, like, a woman - the amount of months that would be spent trying on dresses alone ... no way.' Even after she was asked if there was any possibility at all, she was quick to disappoint her interviewer. 'I wish I could tell you there was', she said.