Actress/comedienne Tina Fey Has Paid Tribute To Her Father Following His Death. 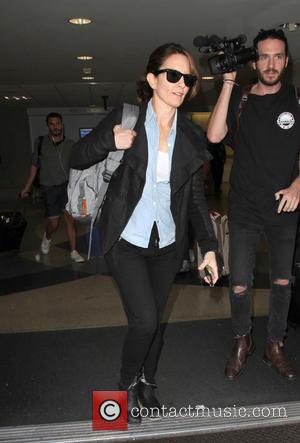 Fey's dad Donald H. Fey, 82, passed away on 18 October (15) at Bryn Mawr Hospital in Pennsylvania after suffering heart failure, and the Date Night star joined her family and friends for a funeral service on Friday (23Oct15).

She has now released a statement remembering her late father, who was a firefighter and war veteran, as well as a writer and poet.

"He was a great dad and a talented artist and writer, but I also think of him as a Great American," Fey told Philly.com. "He served his country in Korea, he served his city as a fireman, he took his kids regularly to art museums and historical sites. When he taught me how to play baseball he would say to me, 'If you throw like a girl again, we're going in.' (I took it in the spirit it was intended.)... He read poetry and history and newspapers. He was an informed patriot. The Republican Party should have tried to clone him."