Tinie Tempah has finished his second album, 'Demonstration', just in time for Christmas. 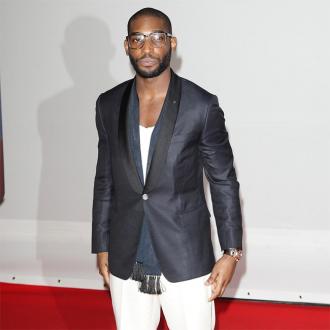 The 'Pass Out' rapper spent most of this year working on his new record - which has the working title 'Demonstration' - and completed it just in time for Christmas.

He told UK radio station Capital FM: ''It feels good to be back. We're chilling out now. The album's done and we're gonna chill out and just enjoy Christmas.

''At the start of the year we're going to start dropping stuff and then hopefully we'll have it out in time for the summer.''

Before the album comes out, Tinie's collaboration with Calvin Harris - 'Drinking From The Bottle', from the latter's '18 Months' album - is to be released, which he says is appropriate because of all the Christmas parties at the moment.

The 'Frisky' star has previously said he will never stop using quintessentially English phrasing in his raps, which on his debut, 'Disc-Overy', included references to cricket and the royal family.

He explained: ''It's all part of who I am, I think people need to know, especially when you're going to countries like America where they're not so aware of our pastimes or what we're into, you need to tell them. I'm not trying to go to America to be American.''