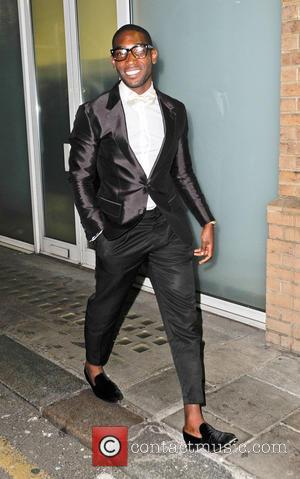 British rapper Tinie Tempah has vowed to perform push-ups over raw eggs as part of a bizarre fundraising stunt after taking up a dare from Jessie J.

The Written in the Stars hitmaker has agreed to sign up for U.K. charity event Red Nose Day later this month (Mar13), during which stars are encouraged to find wacky ways of bringing in donations.

Price Tag singer Jessie J threw down the gauntlet to her rapper pal and dared him to perform push-ups over raw eggs, and he has agreed.

In a post on Twitter.com, he writes, "Soo... Jessie J has dared me to do press ups over raw eggs for Red Nose Day... Sponsor me... Jessie J dares."

In a post on the official Red Nose Day website, he adds, "I've been dared to do press-ups over raw eggs. The more you donate, the more press-ups I'll try to do. Will I make it or get egg on my face? Sponsor me to find out!"

Jessie J has launched a campaign encouraging fans to take up dares to raise money for the Comic Relief charity after vowing to shave her hair off during the organisation's live Red Nose Day Tv telethon on 15 March (13).