Tinie Tempah thinks he will one day give up alcohol, because he likes the ''purity and discipline'' which it would help him achieve. 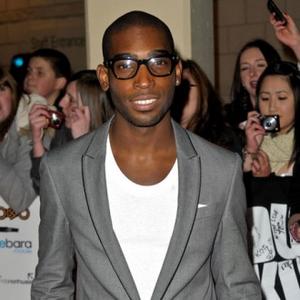 Tinie Tempah aspires to be teetotal, because he likes the "purity and discipline" of it.

The 'Written In The Stars' rapper said although he still likes to drink alcohol at the moment, he eventually plans to give it up as he sees it as the "next level" in his development.

He told Q Magazine: "I like The Company of women and I do like a drink. But you know what? I think one day I'd like to be teetotal.

"A couple of my friends are athletes and, and when we go out together, the rest of us drinking, they just refuse it. I like that, there is something 'next level' about it. It's about purity and discipline and I aspire to that."

The 22-year-old star also has plenty of ambition, and hopes to follow up his initial success in the urban scene - which saw him pick up a Music Of Black Origin (MOBO) award - and subsequent triumph in the British mainstream, which sees him hotly tipped to be nominated at this year's Brit Awards, with even greater accolades.

Tinie - real name Patrick Okogwu - added: "I got a MOBO award last year, which means I want a BRIT award next, and after that a Grammy.

"If I'm going to do festivals like Wireless in the UK, I want it to be on the main stage, maybe even headlining."