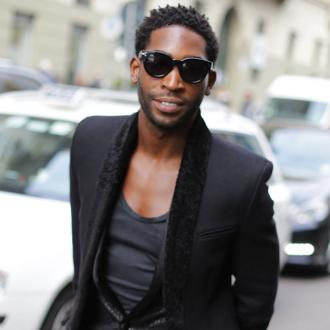 Tinie Tempah has his sights set on acting in films.

The 26-year-old rapper - whose last single 'Lover Not A Fighter' failed to reach the UK Top 10 - has revealed that he's keen to train as an actor, and is hoping his friends Idris Elba and Chiwetel Ejiofor can help him.

Speaking to The Sun, Tinie said: ''I'm interested in doing acting classes. We know one of the guys from one of the biggest production companies here. Hopefully there'll be a right time for that kind of stuff. When I do that I want to focus on it properly.

''Idris is a good mate of mine, Chiwetel as well. They can hook me up with a good coach.''

While he's interested in getting into the movies, the 'Pass Out' hitmaker is releasing a new single with Jess Glynne next month.

Tinie - whose last LP was 2013's 'Demonstration' - will release 'No Letting Go' with the songstress, who had a worldwide hit with Clean Bandit with 'Rather Be'.

Speaking about how he discovered Jess, the rapper previously revealed: ''I've been a fan of Jess since I heard her song 'Home'. We met properly at the BRITs last year and spoke about doing something together. We both had crazy summers and kept bumping into each other at festivals. We eventually set a date for studio with Bless Beats who produced the track and it just kind of happened.''