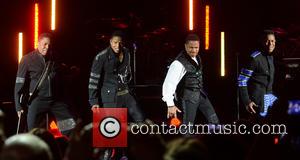 Tito Jackson's son is convinced choreographer Wade Robson is lying about allegations he was molested by the King of Pop - because he was sexually assaulted as a child and received nothing but sympathy and support from the Thriller hitmaker.

Robson recently asked a California judge to allow him to make a late creditor's claim against the Grammy winner's estate after alleging he was abused by Michael Jackson between the ages of seven and 14 at the superstar's Las Vegas home and Neverland Ranch.

His claims have been dismissed by Jackson estate lawyer Howard Weitzman, who pointed out Robson denied he was ever abused by the pop star during his 2005 child molestation case, as well as attorney Tom Mesereau, who represented the tragic 50 year old during the case and believes the dancer is just out to make money and gain publicity.

Now Taj Jackson has waded into the controversy by dropping a bombshell about his past on Twitter.com on Thursday (16May13), just hours after Robson appeared on U.S. morning show Today to tell his story, stating his uncle's reaction to his own traumatic experience is proof enough he would have never preyed on a youngster.

In a series of posts, he wrote, "What people will $ay and do for money and to $tay relevant is $ickening. De$perate times call for De$perate mea$ures. I will not sit back and let someone flat out lie about my uncle. Period. I am writing these words knowing that the minute I press send, my life will never be the same afterwards…

"I was sexually abuse (sic). By an uncle on my mom's side of the family when I was a kid. My uncle was a support system for me and my mom... That is how I KNOW Wade is lying. Because I Am a survivor. My hands are still trembling. Don't forget I was living at Neverland when Wade testified during my uncle's case. I sat there and ate dinner with him and his family. I will not let them smear my Uncle's legacy. 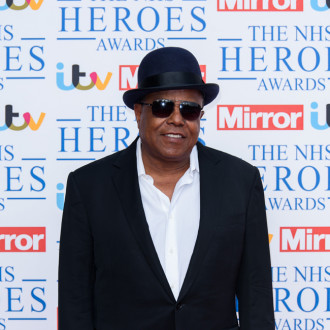