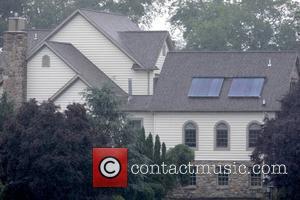 R&B hitmakers TLC are preparing to make a return to the charts, seven years after the death of rapper LISA 'LEFT EYE' LOPES - they're filming a reality show documenting the band's comeback.
Pals Rozanda 'Chilli' Thomas, Tionne 'T-Boz' Watkins and Lopes shot to fame in the early 1990s and scored huge success with singles like Waterfalls, Creep and No Scrubs.
Tragedy struck the Grammy-winning group in 2002 when Lopes was killed in a car accident in Honduras, and the singers chose to hang up their microphones in 2005.
But surviving members Thomas and Watkins reformed earlier this year (09) and recently performed at Justin Timberlake's charity gala in Las Vegas.
And now they're set to give fans a peek behind the scenes as they gear up for their pop comeback with a new VH1 series.
The as-yet-untitled show will be executive produced by Thomas' longtime manager Bill Diggins and is scheduled to air in the U.S. in March (10), reports the New York Post's gossip column Page Six.
TLC's reunion comes just three years after Watkins underwent major surgery to remove a non-cancerous brain tumour. She suffered a series of speech, sight and balance complications after the operation, and has still yet to regain her full health but she is determined to press on with her career.
Earlier this month (Oct09), she told People magazine, "To this day, the headaches are unbelievable... But if that's all? No problemo... I'm doing a solo album, and I want to tour. I have to see if I can do it. I'm still here. It will take way more to stop me."