TLC were one of the biggest girl groups of their generation, not to mention one of the wildest and devil may care girl groups to take the pop world by storm. Their time together was often tumulus and eventually ended in tragedy with the passing of prominent band member Lisa 'Left Eye' Lopes. A new VH1 docu-drama lifts the lid on their time together and what it was like to be the biggest group in the world. CrazySexyCool will air on Monday, 21 October on VH1 and will chronicle TLC's success and the crazy ride they went on to reach the top, leaving few stones unturned as it explores the outrageous life of one of the 90's defining acts. Their story includes countless fall outs, battles with label executives, the media and the bottle, and numerous other misadventures that are too outrageous to be written. The docu-drama will no doubt shock even the biggest TLC fan, unaware of exactly how crazy the R&B group were.

The group are portrayed by Keke Palmer (as Rozanda 'Chilli' Thomas), Drew Sidora (Tionne 'T-Boz' Watkins) and Lil Mama (Lisa 'Left Eye' Lopes), with Rochelle Aytes as Perri 'Pebbles' Reid, the founder of Pebbitone, the label that discovered and gave TLC to the world. All the cast act out their parts with gusto, especially the main three, who bring life and believability to the infamous girl group.

Some of the more outrageous moments from the trio's career included in CrazySexyCool include the time the three girls stormed into record boss Clive Davis' office, flanked by some of the roughest friends from the hood, and demanded back payment from some of the profit their music earned. But as the self-declared craziest member of the crazy girl group, Lopes take up much of the screen time with her many infamous moments.

Take the time she went behind her bandmate's backs to demand they they each release a solo album to see which one the public loves the most. Of course, the time she became an arsonist also makes the grain, as the well-documented fallout with cheating hubby Andre Rison ended in Lopes burning his house to the ground. This, and her subsequent magazine photo shoot that featured her with a fire hose between her legs, are dramatised for the show. The girl's numerous run ins with a great deal of "scrubs" - like the one they warn against in their hit 1999 single - are also prevalent in the show.

But things aren't all high octane entertainment, as some of the most serious incidents of the trio's time together are detailed in the docu-drama. T-Boz’s struggle sickle cell anemia is given ample screen time as is Chilli's abortion and a few other misguided pregnancies from within the group. Lisa Lef Eye's behaviour isn't glamourised either; her childish outbursts that so often resulted in the rest of the girls being held hostage to her demands aren't sugarcoated, nor is her frequent battle with alcohol and drug addiction. Her death is also covered in the show, and is done so with dignity. It is these harsh truths that make the show such compulsive and revealing viewing.

CrazySexyCool will hit screens on Monday, 21 October, a day before the remaining band members will bring out their first new album in 11 years. The album, 20, will feature all of their previous hits as well as the new single 'Meant to Be.'

Listen to the new track 'Meant To Be' 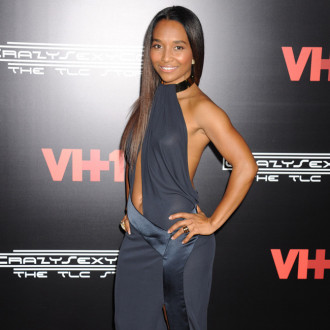