Tobey Maguire says he didn't feel too much pressure to meet the expectations of F. Scott Fitzgerald fans. 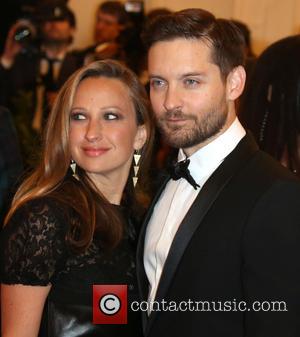 Tobey Maguire says he was genuinely excited about playing Nick Carraway in Baz Luhrmann's The Great Gatsby, despite the intense pressure. "I was thrilled. It's certainly one of the great iconic American novels. I don't really consider that and get fearful or intimidated. I get excited, because it's fantastic material. I lived with it for quite a while and got the opportunity to read many section of this book," he explained.

The early reviews of the big-budget new movie have been mixed, though critics appear to agree that Maguire's performance is one of his strongest in years. The actor explained how he got into character for Nick, saying, "We did look at some stuff around Fitzgerald's life and some of his other writing. Some time has passed and he [Fitzgerald] is processing his feelings thought and experiences of what happened over the summer."

Luhrmann and the Gatsby adaptation appeared to be a match made in heaven and Maguire lauded the Australian, "He is amazing to work with. He's a great leader. He sets sail in a particular direction but he's really open to exploring it along the way. I really feel like Baz, who appreciates this storyteller, loved digging into the truth of it, and yet wanting to use the medium to innovate," he said.