Maguire Threw Up While Naked With Liv Tyler 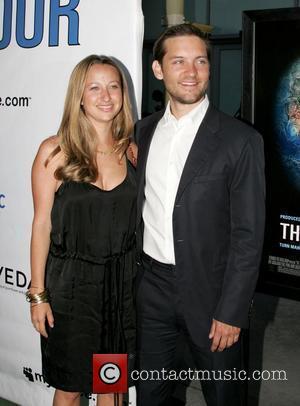 Spider-Man star Tobey Maguire once threw up while skinny-dipping in the sea next to his ideal woman, Liv Tyler. The 31-year-old was nervous when he arrived on the set of 1995 movie Empire Records - and wanted to bond with the film's young cast. But the worried Maguire, who was cut from the finished film, ended up embarrassing himself in front of Hollywood beauty Tyler instead. He says, "I was about 18 and I went to do this movie in North Carolina. All the people had been there for a while, (acting) peers of mine, and I was feeling a little uneasy, a little nauseous. "And this group of kids were all hanging out and went skinny-dipping in the ocean. I had just got there and was feeling a little uncomfortable, feeling a little sick, but I wanted to be a part of it. "So I ripped off all my clothes and I ran in the ocean - and there's Liv Tyler. Liv Tyler - and I'm 18! But I'm feeling sick and I end up throwing up in the ocean, next to Liv Tyler. I'm humiliated, and then I have to walk out of the ocean, having just thrown up, naked. "Thank God nobody took my clothes."