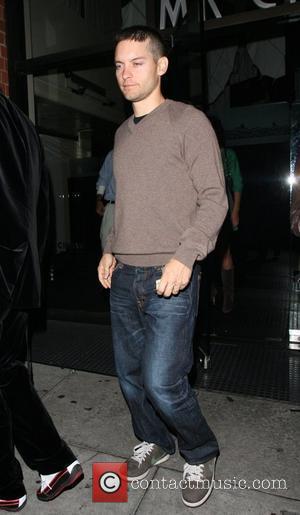 Movie superhero Tobey Maguire's mother is planning on becoming a real-life superheroine after a cheating boyfriend alerted her to the depths of Asia's child sex market. Screenwriter/producer WENDY MAGUIRE flew into a rage when she learned her boyfriend had cheated on her with a young girl during a trip to Thailand, but rather than allow herself to be consumed by jealousy, Spider-Man's sassy mom started investigating. She explains, "He (boyfriend) went to Thailand and met a girl there and had an affair and I was really mad, so I started reading about Thailand and it took my attention away from him having an affair with a girl to reading about all the brothels where kids as young as four ply their trade. "I was horrified. It was like, 'OK God, you got my attention about this, fine.'" Maguire has spent much of 2006 researching the human trafficking and sex slavery problems in Asia with a view to making a harrowing movie about the sick epidemic. She adds, "I'm researching the docu-dramas and there's never been a really good movie and I would like to create one on this subject because these children are used and sold. They're little tiny babies - four years old. "Their handlers start beating them until they conform: 'This is what you're going to do or we'll beat you more.' I think it's worse than slavery. "There's at least one organisation that have these kids kill each other for sport. I'm collecting all this information. All of a sudden I felt, 'This is my passion, this is what I want to do.'" And Maguire doesn't plan to stop at simply making a film about the sick Asian trade - she's actively looking to create orphanages in the US for the kids she hopes to rescue from a life of sex and violence. She explains, "I would like property owners to donate their land where we can build orphanages and go in and rescue those children and bring them back."