Tobey Maguire Was Mesmerised By The Skills Of Current World Chess Champion Magnus Carlsen As He Watched Him Play Four Games Blindfolded. 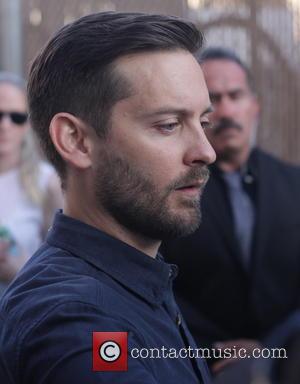 The former Spider-Man, who plays 1970s chess master Bobby Fischer in new movie Pawn Sacrifice, met Carlsen at a screening of the film and was invited to see the Norwegian board boffin at work.

The actor says, "He was blindfolded... and he played four games simultaneously and there was a 10-minute per-person maximum on their moves and he beat all four of the people. It was amazing to watch him hold all of those games.

"It started sequentially, so he'd make moves on boards one, two, three, four... and then he was switching back and forth - one, four, two, one, three in different random patterns. He really held all these games in his head."

The experience made Maguire realise he'll never be a good chess player: "I learned enough about chess during the making of this film to dissuade me from playing chess because I realised that it just takes a lot of work to be any good."