Tobias Menzies would ''love it'' if Prince Philip watched his portrayal of the prince in 'The Crown'. 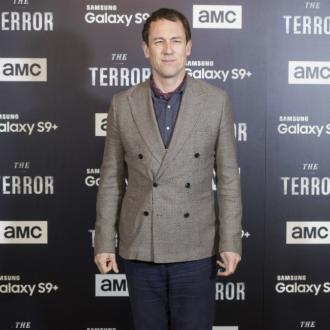 Tobias Menzies would ''love it'' if Prince Philip watched 'The Crown'.

The 46-year-old actor portrays the 99-year-old royal - who is married to Queen Elizabeth - in the Netflix regal drama but he's sad to think it's unlikely the ''real'' prince doesn't tune into the show.

Asked if he's received any feedback from people associated with the royal family, he replied: ''From the real people? Oh, no. The crown never comments, I'm afraid.

''I mean, I'd love it if [Philip] watched it, but I don't think he does, sadly. He probably watches documentaries. He probably has no time for fiction.''

Tobias admitted he initially spent too much time trying to imitate Philip when he first started preparing for the role.

Speaking in conversation with Sir Patrick Stewart, Kieran Culkin, Daveed Diggs, Yahya Abdul-Mateen II and Bob Odenkirk for The Hollywood Reporter's virtual Drama Actor roundtable, he said: ''You've got so much footage, so much audio of the real person, and at times I would go down the rabbit hole of just wanting to sound exactly like him, move exactly like him. I really sweated that.

''But you have to come out the other end of that because the show is not mimicry.''

The former 'Game of Thrones' star took over the role from Matt Smith in season three, with Olivia Colman and Helena Bonham Carter replacing Claire Foy and Vanessa Kirby as the queen and Princess Margaret respectively.

Tobias joked he wishes Matt hadn't done such a good job of playing Philip, but ultimately, the whole cast felt they needed to ''forget'' the previous seasons and ''reset''.

He said: ''I really wish Matt [Smith] had played [Prince Philip] much less well -- that would have helped me out a bit.

'' It was a very curious, unusual set of circumstances. It was a hugely successful show, so you kind of know what you're getting into. But I had to forget all that and reset.

''It's a bold decision to recast everyone and then carry the story on with a whole new set of actors.