Formation: After the disbanding of a previous band called Suburbia, Tokyo Police Club was founded in 2005 while the four old bandmates were jamming together in a basement. After developing some recognition and gaining exposure through playing some small shows around Toronto, Tokyo Police Club were asked to perform at the Pop Montreal festival. Following this they signed with Toronto label Paper Bag Records - Monks and Alsop then decided to drop out of college in order to focus on their career as musicians.

Musical Career: 2006 saw the release of the band's debut EP, A Lesson in Crime, through Paper Bag Records, with Smith EP on its way the following year. The band also appeared at Edgefest in 2006. The band made their debut US TV performance in April 2007 on the Late Show with David Letterman to play their single 'Nature of the Experiment' alongside the tambourines of the CBS Orchestra. The group appeared at Coachella, Lollapalooza, Bumbershoot, the Glastonbury Festival, and the Reading and Leeds Festivals in 2007 to perform - the band also announced at a show in Omaha, Nebraska that year that it had signed a deal for Saddle Records to release their debut album. Entitled Elephant Shell, the record was launched in April 2008 in North America and in May in the UK. Later in 2008 Tokyo Police Club supported Weezer on their Troublemaker Tour alongside Angels and Airwaves, and also appeared on the TV show 'Desperate Housewives' as 'Cold Splash' - an act pushing to win a battle-of-the-bands competition - in the episode 'City on Fire' to play their track 'In A Cave'. December 2008 saw the band appear on CBS' The Late Late Show with Craig Ferguson to play the song 'Your English is Good'. Two years later and by June 2010 the four-piece released their next LP, Champ, which was produced by Rob Schnapf (Saves The Day, The Vines).

At the 40th Juno Awards in Toronto, Ontario in March 2011, Tokyo Police Club showcased their new single 'Bambi' in the form of a live performance. June of that year saw the music video to 'Wait Up (Boots of Danger)' nominated as best indie video of the year by MuchMusic. The video was directed by Mike Juneau and Kyle McCreight, and produced by Jesse Ewles and Chris Cunningham. The musical project '10 Days. 10 Covers. 10 Years.', in which Tokyo Police Club record and release a new cover song from each year tracking back from 2001 to 2010, was launched in 2011. A year on and the band toured alongside Kimbra for Foster the People's 'Torches' tour in North America. In March 2014 Forcefield, the band's third album, came out and was followed by live shows and gigs such as a performance at the 2014 Calgary Stampede in Calgary, Alberta in July. 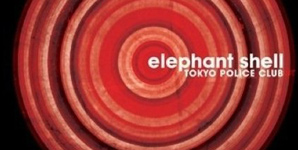