After the sad news Of Tom Clancy's death, the poster for Jack Ryan: Shadow Recruit movie adaptation is released.

Talented spy author Tom Clancy died earlier this week, but his legacy lives on via his many novels, his video games and his movies, which are still being made. The 66 year-old novelist died in a Baltimore hospital after a short illness. With a personal fortune estimated at $47.8m (£33m), Clancy was one of the most productive, not to mention richest authors in the world. His most famous character Jack Ryan appeared in many of Clancy's novels and movies, including the famous The Hunt For Red October, starring Alec Baldwin and Sean Connery.

In the 90s, Clancy expanded into video game production and his company, Red Storm Entertainment, was purchased by Ubisoft who would go on to develop games such as Splinter Cell and Ghost Recon using the author's ideas and flair for military detail.

In the wake of Clancy's death, the first poster from upcoming movie Jack Ryan: Shadow Recruit has been released depicting actor Chris Pine as the author's most famous creation, the CIA Analyst Ryan. Before Pine, the fictional officer has been portrayed by Harrison Ford, Alec Baldwin and Ben Affleck.

This time, the Star Trek actor will portray the hero who heads to Moscow to uncover a cyber plot that is aimed at crippling the US economy. Inspired by Clancy's writing the movie will be directed by Kenneth Branagh with a script penned by Spiderman's David Koe and Adam Cozad, according to Inquisitr.

After his first Jack Ryan novel, The Hunt For Red October sold 5 million copies, Clancy wrote 17 books in his lifetime with 100 million copies currently in print. Chris Pine Will Play Jack Ryan In What Is Sure To Be A Fast-Paced, Gripping & Intelligent Movie. 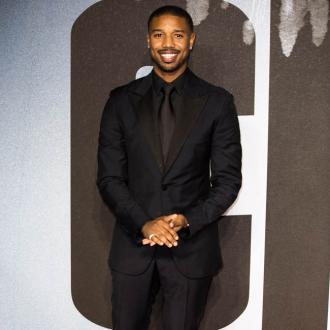 Without Remorse pushed back to 2021