'Edge Of Tomorrow' May Be Recycled, But It's Not Rubbish

[Spoilers] We've seen a thousand alien battles, but this one is re-hashed with creativity. 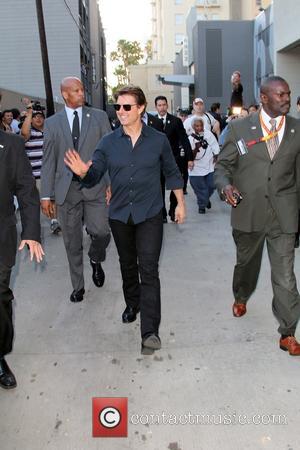 Fancy an action blockbuster this weekend? Doug Liman's hotly anticipated new sci-fi action epic Edge of Tomorrow finally sees its US release today and is set for a monster opening. Well, the critical winds are certainly blowing in the right direction: the film is unabashedly action-packed but complements its meat-headedness with moral dilemmas and a disturbing view of the future of humanity.

Tom Cruise takes the lead in this military sci-fi movie, playing a man reliving his death in battle against an alien force over and over again. Cruise plays Lt. Col. Bill Cage and co-star Emily Blunt is Special Forces soldier Rita Vrataski in this exciting new alien combat thriller.

It's a "cleverly crafted and propulsively executed sci-fi thriller", says Variety's Justin Chang, who praises Cruise's performance as one of his "better recent efforts" in a "deft, playful and continually involving viewing experience."

The Guardian's Jonathan Romney is quick to point out that plenty of themes and sequences from Edge of Tomorrow are recycled from other movies of a similar genre and seemingly melds Aliens with the aforementioned Bill Murray drama. "'Edge of Tomorrow,' represents an ingenious admission that, while there's nothing new under the sun of genre cinema, recycling can still be creative and that, if you're going to do it, you might as well do it blatantly," he writes.

Watch the 'Edge of Tomorrow' trailer.

"'Edge of Tomorrow' is a movie that offers primarily the glee of its telling-the well-crafted delight of a tall fantasy that's as shallow as it is clever," says the New Yorker. "The idea of the movie [...] is a corker," states Richard Brody but he adds "What difference would it make to such a juicy tale if Liman had brought more imagination to its direction?"

Forbes' Mark Hughes starts his review on a high: "['Edge of Tomorrow'] is an exceptionally entertaining, consistently humorous, and surprisingly moving story sporting top-notch visual effects that demand an IMAX viewing for the full experience."

He laments that audiences who have seen the trailer may have got the wrong impression: "This is a movie with a great sense of humor, and with impressive character work, yet the trailers look like a miniature version of Pacific Rim - tough people in robot suits fighting scary monsters."

Contact Music's own Rich Cline gives Cruise et al. a big thumbs up too, saying "A smarter-than-expected script turns this noisy sci-fi action movie into something remarkably entertaining," befire adding "And the film's script knowingly plays with the set-up, offering witty comments and some genuinely suspenseful set-pieces along the way, all sharply edited into a relatively coherent narrative, although the ending will generate a lot of post-screening debate."

Edge of Tomorrow is out now in the US and UK.

Emily Blunt Joins Tom Cruise In 'Edge Of Tomorrow,' The Sci-Fi Epic That Has Curried Favour With Critics.