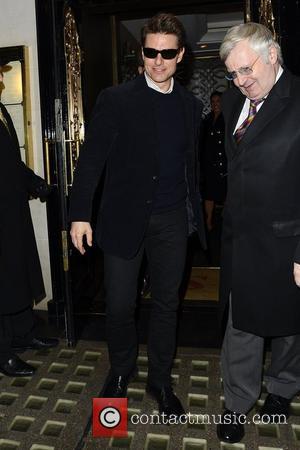 Lucky Tom Cruise was away at a Scientology retreat in Sussex when a drunken intruder tried to break into his home. Even more luck came Tom's way as his 'minders' were on watch to properly deal with the inebriate, by tasering him.

As The Sun reports, the beyond-tipsy man was seen "climbing a fence to gain access to the property", at which point Cruise's employees used a stun gun to make sure he didn't get any further, before calling the . The intruder turned out to be 41-year-old Jason Sullivan- a neighbour of the Top Gun actor. Sullivan had been so drunk that he was attempting to break into the wrong property. However, Sullivan had been arrested and taken all the way to the police station for questioning, before the cops managed to find out who he was and why he was trying to get into Cruise's property. He was then taken to hospital trying to be treated for injuries sustained from the whole ordeal- more than anything it sounds as though his stomach should have been pumped.

After reports of Tom Cruise's break from his wife Katie Holmes earlier this year it seems he has delved further into his faith as he was pledging allegiance to Scientology while on the weekend break. Cruise's latest film 'Reacher' will be out on December 21st.