Tom Cruise "Did Not Expect" Divorce, But Retains Sense of Humor

Tom Cruise describes life as a "tragicomic" when reflecting on his failed marriage. 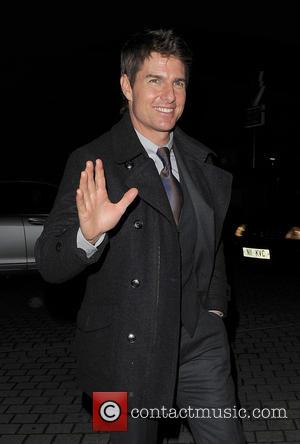 Tom Cruise reflected philosophically on his surprise divorce from American actress Katie Holmes during an interview with a German TV station in support of his new movie Oblivion. The couple announced last year that they were separating after five years of marriage, though many tabloid reports suggested Cruise - still one of the biggest Hollywood stars on the planet - was blindsided by the split. Some suggested Holmes had made an elaborate and well-planned exit from their home while Tom was away working, while other reports pointed towards his connections to Scientology and the education of their daughter Suri as the reason for the separation.

The exact reasoning is yet to emerge, though Cruise admits he was taken by surprise by the split. "I did not expect it," he told the channel ProSieben, noting that he'd had an "unbelievable amount of time to think" about it. Ultimately, Cruise is of the opinion that "life is a challenge," adding, "...to be 50 and to have experiences and to think you have everything under control, and then it hits you - that's what life is. Life is tragicomic, you need a sense of humour." Difficult to argue with that.

In a statement released at the time of their divorce, the high profile couple said they were committed to "working together as parents to accomplish what is in our daughter Suri's best interests." It is thought that Holmes, raised a Catholic, did not want her daughter brought up in the Church of Scientology.

In his new movie Oblivion, directed by Tron: Legacy's Joseph Kosinski, Cruise plays a soldier on a deserted future Earth to extract its remaining resources. Watch the Oblivion trailer below: