Tom Cruise: "I have in no way cut Suri out of my life". The actor defends his parenting skills in lawsuit against publishing company. 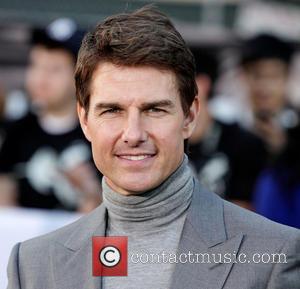 Hollywood actor, Tom Cruise, is defending his parent skills in a lawsuit against the publisher of 'Life & Style' and 'In Touch' magazines.

Cruise still maintains a close relationship with his daughter, Suri, despite his busy filming schedule and divorce from her mother, Katie Holmes.

These claims are part of Mr Cruise's $50 million defamation lawsuit against the magazines for publishing headlines and articles that reported the 51 year-old had abandoned his daughter.

TMZ were first to report that Tom has filed two-page description of his relationship with his daughter on Tuesday (Nov 5th) in a case against Bauer Publishing Co.

In the documents Cruise says, "I have in no way cut Suri out of my life -- whether physically, emotionally, financially or otherwise."

He adds, "even during the times when I was working overseas and was not able to see Suri in person, we were (and continue to be) extremely close."

Despite shooting two movies back to back in 2012, the 'Oblivion' actor still kept a very close relationship with his daughter and was in touch with her mother, Katie Holmes, frequently.

"As my numerous emails with Suri's mother during this time period demonstrate, I was a constant presence in Suri's life."

His argument continues, "While I'm sure my daughter misses me when I am not with her (as I miss her), she is a very happy child, and we have a wonderful relationship and cheerful phone calls."

The lawsuit is targeting the two magazines that published the headlines, 'Suri in Tears: Abandoned by Her Dad' and 'ABANDONED BY DADDY'.

Cruise's lawyers are demanding the judge order Bauer to confess they had no source material to support these headlines or his parenting role.

We contacted Tom Cruise's publicist who had no comment on the matter.