The new building will be used so Scientology members can learn their superpowers. That's normal, so shut up. 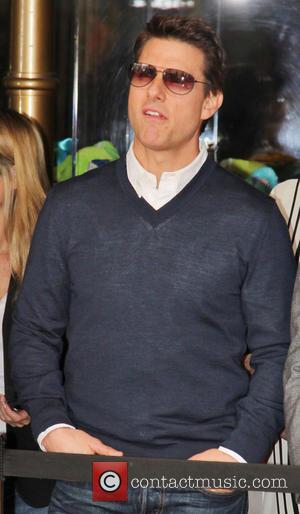 Tom Cruise, John Travolta and Kelly Preston were three of around 6000 people in attendance to usher in a new era for Scientology, represented by the religion’s new ‘Flag Building’ in Clearwater, Florida. As the tallest building in the region, it will home to the new ‘Super Power’ program.

Perhaps the three most famous members of the cult religion watched as David Miscavige gave a speech, introducing the terrifying, 377,000-square-foot Flag Building to his dedicated followers. This is the first time members have a place to practice the 'Super Power' program, which was developed by founder L Ron Hubbard in the 1970s.

This wasn’t just a walk-in-affair; the scientologists knew that if it were a free-for-all, people would just stroll up, make fun of them and probably throw things, so security was tight. But instead of the 10,000 people predicted, around 6000 people turned up. Despite this, dedicated followers still weren’t allowed in.

“It sounds like Disney World in there,” Danielle Lumberg - a third-generation Scientologist who belongs to the church in Clearwater - told the Tampa Bay Tribune. “Thank God it's finally done,” she added, not bitter about being left out of the proceedings.

“There are so many more people joining the church we really needed more space so we could be more comfortable and do more things for the community, and the response today is absolutely breath-taking. We've been looking forward to this for a long, long time.”

Cruise and Travolta have been part of the religion for a long time, and are fairly open with their beliefs. Cruise is very close to Miscavige, with the enigmatic leader acting as best man at his marriage to Katie Holmes. The pair have since divorced. John Travolta stood alongside his Scientology buddy Cruise during the event, and his wife, Preston Preston accompanied her husband to the grand unveiling

Tom Cruise and Queen Elizabeth ‘really hit it off’ over tea