Tom Daley receives support from the likes of Gary Lineker and Stephen Frye after revealing he is in a relationship with another man. 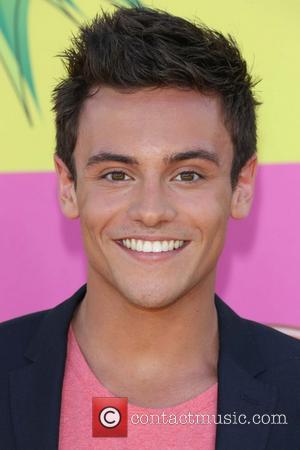 British Olympic diver Tom Daley announced that he is in a relationship with another man via his YouTube channel on Monday (Dec 2nd).

The 19 year-old, who won a bronze medal at the 2012 London Olympic Games, posted a 5 minute candid video explaining his sexuality and it has currently just under 4 million views.

Daley admitted, "I still fancy girls," but revealed he has been dating a man for the past couple of months.

"Come spring, this year, my life changed. Massively. When I met someone and it made me feel so happy, so safe and everything just feels great," Tom explained d in the video, before admitting, "that someone is a guy."

He continued, "It did take me by surprise a little bit. It was always in the back of my head that it could happen, but it wasn't until the spring of this year that something clicked. It felt right. Like I said, my whole world just changed right there and then."

Daley's personal life has been subject to public scrutiny for the past several years, but in the clip he states that his late father, who died of cancer in 2010, would have supported this decision, since his father used to say "as long as you are happy, I'm happy."

The teenager from Plymouth in Devon knows there is a good chance of a backlash from releasing the video, but he reiterated, "I'm still Tom. I still want to win an Olympic gold medal in Rio 2016 for Great Britain. I'm still motivated as ever to do that."

Tom has already thanked the public and his fans for the support he is receiving, he posted on twitter, "Overwhelmed by all the support! Means the world! Thanks so much guys."

Fellow high profile individuals have also shown their support for the young Olympian, former England footballer Gary Lineker tweeted: "Delighted that @TomDaley1994 is happy in his new relationship. Well done for sharing it. Good luck to them both."

Also British actor Stephen Fry tweeted, "opened the second door on my advent calendar and Tom Daley came out. Seriously @TomDaley1994 congratulations. So happy for you."