Tom Daley loves knitting clothes for his son Robbie, but the youngster often asks him to put his needles away. 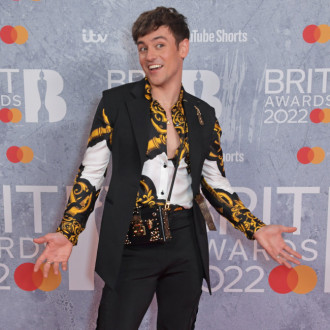 The Olympic diver loves making woolly garments for four-year-old Robbie – who he has with husband Dustin Lance Black – but admitted his enthusiasm isn’t always shared by the little boy.

He said: "I love making stuff for my son Robbie.

“I’ve made him so many jumpers and cardigans.

“It has got to a point where I sometimes get the needles out and he’s like, ‘Papa, no more knitting.’

“Bu he’s been asking for a hat for a while so that’s my next project.”

Tom is looking forward to teaching his skills to his son and believes it’s a pursuit all children should be taught.

He said: “I can’t wait to teach Robbie to knit. He does want to but as he’s only four, I don’t think he has the dexterity just yet.

“I’d love to get knitting to become part of the extracurricular programme.

“It’s such a good thing for kids to learn – to get them doing something with their hands, making something themselves.”

The 28-year-old sportsman dreams of showing his wares professionally one day.

He said: “I’m excited about the possibilities knitting and crochet can bring.

“One day I’d love to have my own Fashion Week show, but mostly I want to pass on my passion for knitting, to get people back into the joys of slow fashion and making things for themselves.”

But first, Tom needs to persuade Lance to give more space in their home to his hobby.

He told Prima magazine: “I would love my own craft room.

“I have a yarn stash in my wardrobe and I’ve kind of taken over the kitchen table, much to my husband’s dismay.”