Tom Ford believes men shouldn't be afraid to wear make-up as it can enhance their looks and confidence. 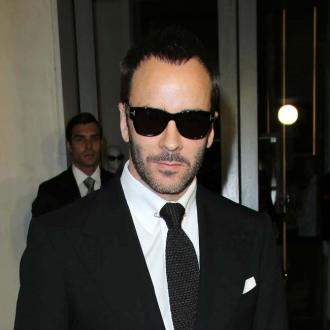 The fashion designer hopes his new skincare range for men will break the taboo of male cosmetics and encourage people to make the best of their looks without feeling like their masculinity is being compromised.

He told British GQ: ''If you're at the Oscars there's not a man on that red carpet who is not wearing make-up. Most straight actors I know get quite used to it. Even when they go out in real life they grab some sort of bronzer and they throw it on. They dye their eyebrows, they dye their lashes - they know the tricks.

''But they wont talk about it because I think that a lot of men confuse wanting to look good as something feminine. Using a bit of cover stick to cover broken capillaries or a spot or a pimple, I'm not trying to look like a woman. There is no shame in wanting to look like the best version of you.''

Tom insists his products - which have been in the works for six years - are simple to use and can make a massive different to self-esteem.

He explained: ''Skin care is something I use and believe that I'm a valid spokesperson for - it's always been very important to me. My own skin-care ritual is quite simple and straightforward; I don't like a lot of fuss, surprisingly.

''My products are designed to make you look and feel better. I think there are a lot of men out there who want and need the same products.''