The 52 year-old fashion designer revealed on Monday that he married his longtime love in a private ceremony. 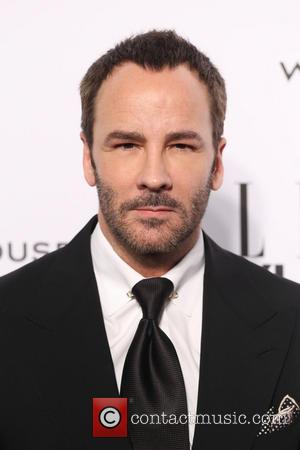 The American fashion designer tied the knot with his longtime partner, Richard Buckley, in a secret ceremony.

Ford only revealed the happy news when he spoke to reporters at London's Regent Street Apple store Monday (April 8th).

"We are now married, which is nice," Ford told a reporter while showing of his wedding ring, according to WWD.

"I know that was just made legal in the UK, which is great, but we were married in the States," he revealed.

Ford has been dating the 66 year-old for the past 27 years, after meeting at a fashion show in the eighties.

"I went to a fashion show and this silver-haired guy was staring at me with these piercing water-blue eyes," Ford told WWD. "It scared me because I absolutely saw and knew my entire future."

"About 10 days later . someone asked if [Buckley] was seeing anyone. He said, 'No, there was this guy I had seen at a fashion show,' and at that moment, the elevator door opened and there I was. Richard jumps in the elevator and he's practically tap dancing," he continued. "We had three dates. We were living together four weeks later. He gave me the keys to his apartment, and we have lived together ever since."

The couple also share a son together called Alexander 'Jack' John Buckley Ford, who was born in October 2012.

MORE: Tom Ford caught in the nude by Anna Wintour

They reside in London as Ford's fashion label is based there, in which he explained is because "eccentricity is celebrated here in Britain - you have a history of peacocks."

"Men's style today is descended from traditional Anglo style," he added. "It's all about a certain shoulder, a certain look." Ford and Buckley also share a 1 year-old son together