The former child actor, who played Smalls in the movie 'Sandlot,' was arrested in Houston over the weekend after a violent encounter with cops

Tom Guiry, the former child star who gained fame for his role as Smalls in the film Sandlot, was taken into police custody this weekend following a violent run-in with cops at Bush Intercontinental Airport in Houston. The 31-year-old was deemed too drunk to board his plane and when he started getting leary that's when police were called in, but the drama didn't stop there. Guiry attempted to kick an officer in the face, and landed a head-butt

According to the police report filed by local authorities, and as first reported by TMZ, Guiry was at Houston airport this weekend and was attempting to board his United Airlines flight, when an employee for the airline company decided that he was too drunk to fly. Clearly angry with the employee's judgement call, Guiry forced the employee to call airport security, who arrived at the scene to place him under arrest and cite him for public intoxication, but it wasn't that easy to cite the actor for the incident.

Tom Guiry, who starred in The Sandlot, was arrested at the weekend after assaulting a police officer in Houston.

Tom Guiry, who played Smalls in American coming of age comedy The Sandlot, has been arrested for assaulting a police officer.

Tom Guiry at the Las Vegas premiere of Steel City.

Guiry was arrested, according to TMZ, after head-butting a police officer and attempting to kick him in the face. The incident occurred at Bush Intercontinental Airport, Houston sometime last weekend (3-4th August).

He came of age, and headbutted a cop

Sandlot actor Tom Guiry, who played Smalls in the hit movie of the 1990s, has been arrested for headbutting a cop and trying to kick him in the face.

In one of the more bizarre stories to come out of tinseltown for some time, TMZ.com report how Guiry was at Bush International Airport in Houston over the weekend when a United Airlines employee concluded he was too drunk to fly. Ah, this old story huh?

The employee contacted an airport copy, who approached Guiry and gave him two options: a public intoxication arrest or jail. The former child actor took the third option, headbutt the cop after a barrage of verbal abuse.

By Christopher Null
Good
Writer/director Michael Burke said he wanted to tell a story about growing up as a kid too sensitive for a harsh environment (rural Vermont). Now I've never thought of Vermont is "harsh," but God knows I hope Burke's life as a youth didn't include being raped by his friend in a barn and molesting a chicken. Pity Emile Hirsch's Duncan Mudge, who is trying to get his life back together after the death of his mother. Cold dad (Richard Jenkins) is no help, sending Duncan to look for companionship in the guise of the local hoods who ride around in a pickup. Sadly, despite a few graphic and disturbing events, nothing much happens to Duncan -- at least nothing which could be considered a "story." When the credits rolled, I was shocked by the state of disarray the plot had been left in. (Unsurprisingly, the script came out of a Sundance workshop.) 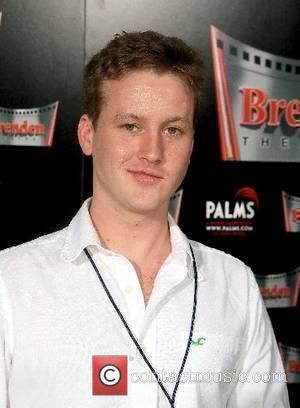