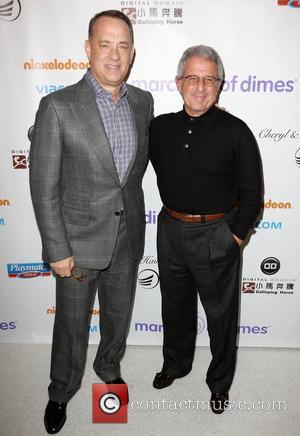 The Killing Lincoln reviews are in, and it’s time to find out if the TV movie, which tells the story of John Wilkes Booth and the conspiracy that led to the 16th president's murder, adds anything to a story well told.

Given Steven Spielberg’s Oscar nominated Lincon, featuring Daniel Day Lewis as the man himself has done so well, there was perhaps no better time than now to portray Wilkes Booth’s story, but if the reviews are anything to go by, it hasn’t been done particularly well. “Fastidiously researched down to the arrangement of household items in certain scenes, "Killing Lincoln" wears its historical accuracy like a ball and chain, clunking where it should inspire, dragging where it should pulse with dread,” read The L.A Times’ review. “It grows quickly tedious, which is, in itself, an achievement considering the subject matter.” Produced by Ridley and the late Tony Scott, Killing Lincoln is based on bestselling book by Bill O'Reilly and Martin Dugard and is narrated by Tom Hanks.

Slant Magazine’s Chuck Bown unflinchingly states, “Ultimately, Saving Lincoln is a bad film that's somewhat exciting for suggesting, however fleetingly, what a true visionary might do with this expressionistic lo-fi form of world-building.” And Kansas City Entertainment suggest that the the project could have been handled better, especially considering the recent focus. “During a surge in all things Lincoln, thanks to Steven Spielberg and Daniel Day-Lewis, National Geographic could have taken the time to do the job right.”