Tom Hanks and Scarlett Johansson to present at Tony Awards

Tom Hanks and Scarlett Johansson have been added to the line-up of presenters for this year's Tony Awards, which will take place on June 9. 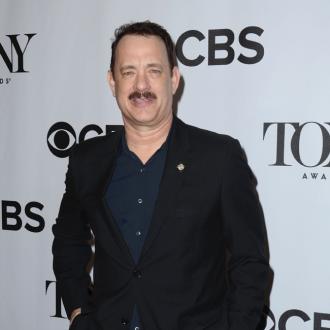 Tom Hanks and Scarlett Johansson will present at this year's Tony Awards.

The 56-year-old actor - who has been nominated for his role in the Nora Ephron play 'Lucky Guy' - and the 28-year-old actress - who narrowly missed out on a Tony nomination for 'Cat On A Hot Tin Roof' - have been added to the line-up of presenters for the 67th Annual Awards.

Martha Plimpton and Jon Cryer are also set to grace to stage as presenters as well as other celebrity guests at the event - which will be hosted by Neil Patrick Harris - and will be aired live from New York's Radio City Music Hall on CBS on June 9.

Neil hosted the event last year and in 2009, a stint which earned him and the production team an Emmy Award, and he can't wait to helm the show again.

He said: ''I'm thrilled to be a part of this year's Tony Awards. Not only will I be shining a spotlight on the best that Broadway has to offer, but hopefully I'll score some free house seats to a show - or five!''