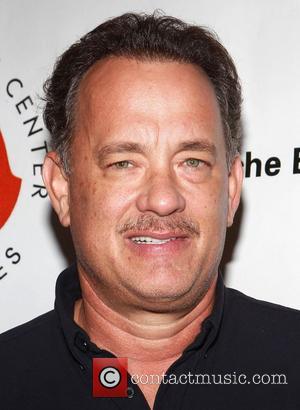 Double Oscar-winner Tom Hanks messed up big time and stunned millions of viewers (not to mention himself and the Good Morning America crew) on Friday (Oct 19) morning, after accidently swearing whilst on the live broadcasted morning show.

Hanks was chatting with GMA host Elizabeth Vargas about his upcoming movie Cloud Atlas, when Vargas asked the actor whether he could recite a few lines from the movie in character. Although warning Vargas "mostly, it's swear words," he was asked to proceed anyways and, as warned, he uttered the f-word much to the disbelief of himself and most of America.

Hanks immediately covered his mouth in disbelief and once Vargas, who was first to recover, issued an apology, Hanks looked into the camera and told the audience at home: "I slipped into a brand of acting. I have never done that before. I want to apologize to the kids in America that are watching this right now."

Whilst both Hanks and Vargas both immediately apologised on air, Hanks has also offered his own apology via his Twitter account, posting: "Oops! In character! Sorry!"

ABC have also issues a statement apologising for the incident, insisting that all subsequent feeds of the show have been edited.