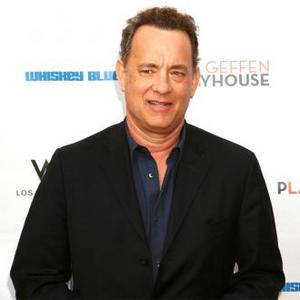 Tom Hanks is ''terribly saddened'' by the death of Michael Clarke Duncan.

Tom's 'Green Mile' co-star passed away suddenly in a Los Angeles hospital at the age of 54 on Monday (03.09.12) and Tom was one of the many stars who rushed to pay tribute to the actor.

He said: ''I am terribly saddened at the loss of Big Mike. He was the treasure we all discovered on the set of 'The Green Mile'. He was magic. He was a big love of man and his passing leaves us stunned.''

Michael's death comes just two months after he suffered a heart attack and many of his fellow celebrities have taken to twitter to praise him and mourn his passing.

Olivia Munn shared her personal memories of the actor, writing: ''Michael Clarke Duncan always had a smile on his face & a big bear hug ready for you. My thoughts & prayers are with his family&friends. RIP (sic).''

Michael - who had worked as a bodyguard for celebrities including Will Smith, Martin Lawrence, Jamie Foxx, LL Cool J, and Notorious B.I.G before finding fame - recently starred in 'Bones' spin-off TV show 'The Finder' and 'Bones' actor David Boreanaz also took to twitter to remember his friend.

Former 'American Idol' contestant Jordin Sparks praised Michael for his kindness, writing ''RIP Michael Clarke Duncan. Thank you for being so kind to me & for sharing your talent with the world. You will be truly missed (sic).''

She wrote: ''My heart and prayers go out to you @Omarosa ... I remember you telling me how happy you & Michael Clarke Duncan were - so sorry (sic).''