British actor Tom Hardy has revealed he only committed to 'Mad Max: Fury Road' because of an Australian cattle mutt that appeared in the original trilogy. 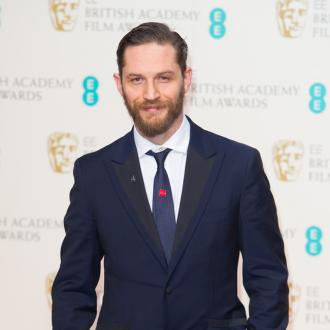 Tom Hardy only agreed to star in 'Mad Max: Fury Road' because of his love of an Australian cattle dog.

The 37-year-old actor - who stars alongside Charlize Theron in the new sci-fi movie - has confessed he ''didn't connect'' with the original trilogy starring Mel Gibson, but was convinced to accept the role of Mad Max Rockatansky because of the canine that appeared in the 1981 film.

He said: ''The dog in the second film is very important to me. I knew of Mad Max but I didn't connect with it. I felt a little spooked out by it at the time.''

Tom found the original films to be ''weird'', but the dog captured his imagination.

He told The Sun newspaper: ''It was a little bit weird you know. Strange men and women and leather. I connected to that dog though. And then by the time I was 15, 16, 17, I got a dog called Mad Max. He was given to me, actually.

''A black dog, pit bull cross Labrador but I renamed him Maximoose. So there certainly was an interest about this ... now I've ended up playing him.''