Tom Hardy Has Offered Up An Apology To His Mad Max: Fury Road Director George Miller After Doubting His Eccentric Artistic Vision While They Made The Action-packed Movie In The Namibian Desert. 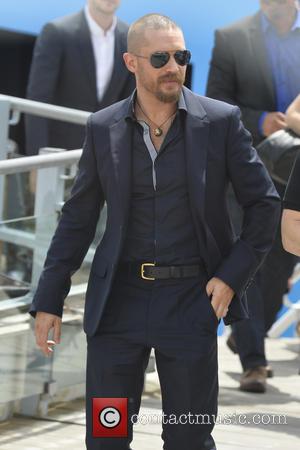 The British actor, who takes on the role originated by Mel Gibson in 1979's Mad Max, admits he wasn't always convinced Miller knew what he was doing and questioned the filmmaker's direction and style.

Following a screening of the film at the Cannes Film Festival on Thursday (14May15), Hardy was asked during a press conference what it was like to see Miller's vision on screen, and he said, "I finally got what George was talking about."

Hardy continued, "For seven months, I think the most complicated or most frustrating thing was trying to know what George wanted me to do at any given minute, so I could fully transmute his vision.

"Because he's orchestrating such a huge vehicle, literally, in so many departments, because all the vehicles are moving and the whole movie is just motion."

He turned to his director and said, "I have to apologise to you because I got frustrated... There was no way that George could have explained what he could see in the sand when we were out there... I knew he was brilliant, but I didn't quite know how brilliant."

Mad Max: Fury Road, which reportedly received multiple rounds of applause from the media during the screening, hits cinemas in the U.S. on Friday (15May15).