'Mad Max: Fury Road' director George Miller says Tom Hardy was an ''easy choice'' to cast in the movie because he shares characteristics with his predecessor Mel Gibson. 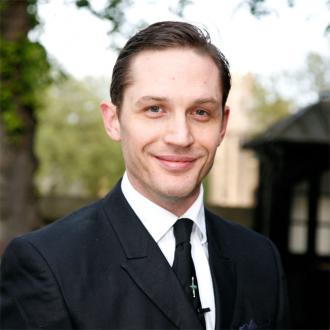 Tom Hardy shares the same sense of ''danger and unpredictability'' as Mel Gibson.

The British actor takes over the lead role in 'Mad Max: Fury Road' 30 years after the Australian star played the part and director George Miller says the 37-year-old hunk was an easy choice as successor because the two men are very similar.

He said: ''When I first met Mel there was a quality about him, on the one hand you wanted to get to really know him, he's very lovable, on the other hand there was an element of danger and unpredictability.

''There is that quality, that paradoxical thing that gives these actors charisma. It's always the paradox.

''The moment I saw Tom and engaged with him, he felt very much like that as an actor. It felt to me like Mel did all those years ago.''

Tom stars in the movie alongside Charlie Theron as Furiosa and the blonde beauty was cast for her fearless nature.

The director explained: ''[Furiosa] is very strong. We wanted someone who's unmistakably a woman, and she's a hardcore warrior.

''Charlize has the ability and the passion as an actor to go there without fear.

''I think there's a character that we haven't seen before. When you're casting, you're sort of looking for someone who breaks up those dimensions of the characters where there's overlap with the actual person.''