Tom Hardy to play both Kray twins in biopic

Tom Hardy will play both Reggie and Ronnie Kray in a biopic about the criminals which is expected to begin production later this year. 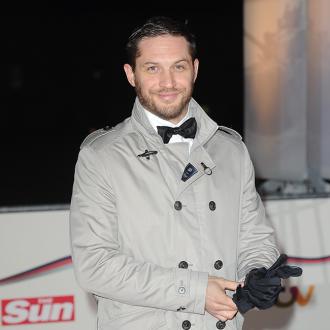 The 'Tinker Tailor Soldier Spy' actor is in talks to play famed criminals Reggie and Ronnie Kray - who were known as perpetrators of organised crime in the East End of London during the 1950s and 1960s - and he admits he hadn't ever ''dreamt'' of playing two character in the same film.

The 36-year-old star told the MailOnline: ''All the plans are on the table. There's a lot of crossing the t's and dotting the i's, and there's a lot of shift and geography to work out.

''It would be difficult. It's quite technical and I'm a bit of an anorak.

''There's a physical transfer; we'd have to shoot one bit, go away come back and shoot it all again with another part. I've never dreamt of playing two people on the screen!''

The script was penned by Brian Helgeland, and although it largely focuses on the Kray brothers other stars including Frank Sinatra and Judy Garland, who were often spotted at Reggie's Knightsbridge nightclub Esmeralda's Barn, are mentioned.

The film is expected to begin production in the UK later this year.