Tom Hardy Unsure About The Future Of Mad Max Revamp 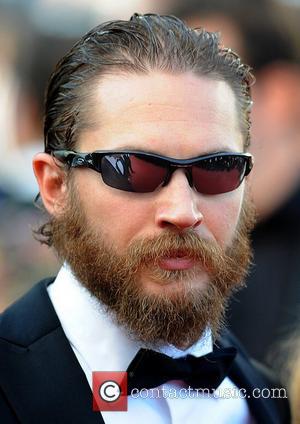 Tom Hardy fears the reboot of Mel Gibson's cult action movie Mad Max will never see the light of day because of countless production delays.
Hardy has been cast as the titular anti-hero character in Mad Max: Fury Road for over a year - but he has yet to start shooting.
Cameras were expected to roll in 2010, but filming was delayed because of environmental concerns in Australia following a flood that destroyed the film's remote set.
Production was moved to Namibia, but the Inception star is still waiting for the go ahead.
Speaking at the Cannes Film Festival, he tells Empire, "We keep moving that around, you know? Who knows when it'll come out? I've been on standby for two years... but it's all part of it. It's kind of the cool thing to do, to be elusive with dates and all that."
Gibson played the character in three blockbuster movies - 1979's Mad Max, Mad Max 2: The Road Warrior in 1981 and 1985's Mad Max Beyond Thunderdome.
Charlize Theron, Nicholas Hoult and Zoe Kravitz are also waiting for a start date on Mad Max: Fury Road